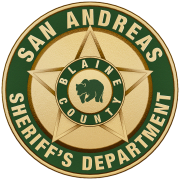 SAN ANDREAS SHERIFF'S DEPARTMENT
Firearms Licensing Division
Firearms Usage Manual
Table of Contents:
Section I
Use of deadly force
Please note that the usage of Deadly Force against someone who is is an active, imminent threat to life is to only stop that active, imminent, ongoing threat to life or when your or your property of significant relative worth of monetary value, is threatened. Once the threat to life has ended use of deadly force is prohibited. For example, Someone walks up to you with a knife and runs away once you reveal your firearm. You must NOT use deadly force, at this point there is no ongoing threat to life and shooting them will result in criminal action being taken.

It is important to understand that the firing of your firearm should only be done when you are certain that your life or another life is in imminent danger. Regardless of anything you must report the incident to 911 as soon as possible.

Failure to report an incident where you brandished or aimed a firearm may lead to a negative outcome for yourself as the other party may call 911 themselves and claim that you were the aggressor in the instance. In such an instance you will come under further investigation and be treated as a suspect because you made no effort to contact the police.

When you are ordered to cease fire, you should stop firing your weapon, unload your weapon and then clear the chamber of your weapon.
Section I-A
Avoidance of deadly force
You are the main responsibility for your own behavior. In a shooting situation, your own behavior my be reviewed. If your behavior is show to contribute to the escalation of a situation that resulted in a shooting, you may be held completely responsible or partly responsible. People involved in the shooting often have extremely strong short and long term physical, emotional, and psychological reactions.

There are ways of de-escalating a situation to avoid the use of deadly force, known as AES-V-P:
Section II
Carrying a Firearm
Carrying a firearm in the City requires the appropriate licensing from the law. In Los Santos, you are allowed to carry a loaded firearm. We recommend untrained citizens to not chamber their rounds and have their safety on while carrying to avoid misfiring their firearm.

Once your purchased a firearm, make sure to check it has a valid serial number on it. All purchases are automatically recorded in the police database so you do not need to hand your purchased firearm to a police officer before using.

If you have a permit to conceal carry a firearm then you are able to carry that firearm on any public and private property excluding government buildings.

There are restrictions on where you can carry a firearm unless you have the expressed, written permission from the respective authorized representatives (or you are a Law Enforcement Officer in the scope of employment). These locations are:

Section III
Assisting Law Enforcement with a Firearm
As a license holder remember that you are under no obligation to rescue another person. There may be times where Law Enforcement requests your help as a civilian, it is solely up to you to decide whether or not you should assist them.

When assisting Law Enforcement while in possession of a firearm you must alert them that you are a firearms license holder if you plan to reveal and/or use your firearm. Failure to notify law enforcement of this may lead to police action against you.
Section IV
Weapon Information
Section V
Firearms Safety
Section VI
Weapon Handling
Firing a weapon. Unloading the weapon.

Semi-automatic Pistol: Revolver:
Section VII
Firearm Stowage
For your safety and the safety of the general public your firearm is to be safely stowed away when not in use. The Firearm is to be secured safely, unloaded with the magazine out of the weapon, inside a locked and bolted weapons safe. The weapons safe has to be bolted to the floor of the house. It's best to put the safe in a hidden location to make it not noticeable in the case of a burglary. Make sure you install an alarm system in your home and install security doors and windows to prevent any chance of a burglary to occur. If your safe has keys to the weapons safe, they are not to be left out in the open as Firearms are the most common items stolen in a burglary. You can store your Firearm in you vehicle, provided that you have install a vehicle weapons safe. This however may not be a permanent solution for your weapons storage as it is much easier to access from a vehicle.